In 1954, American scientists Chabine and Pilson made a practical monocrystalline silicon solar cell for the first time in Bell Labs, USA, and produced a practical photovoltaic power generation technology that converts solar energy into electricity.

After the 1970s, with the development of modern industry, the global energy crisis and air pollution problems have become increasingly prominent. Traditional fuel energy is decreasing day by day, and the harm to the environment is becoming increasingly prominent. At the same time, about 2 billion people in the world are not getting Normal energy supply. At this time, the world has turned its attention to renewable energy, hoping that renewable energy can change the human energy structure and maintain long-term sustainable development. 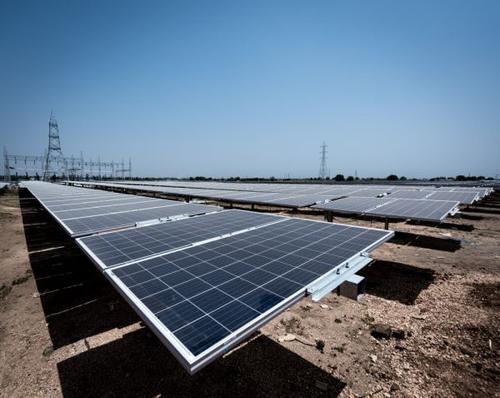 Solar energy has become the focus of attention with its unique advantages. Abundant solar radiant energy is an important energy source, an inexhaustible, inexhaustible, non-polluting, cheap, and energy source that humans can freely use. The energy of solar energy reaching the ground every second is as high as 800,000 kWh. If 0.1% of the solar energy on the earth's surface is converted into electric energy, the conversion rate is 5%, and the annual power generation can reach 5.6×1012 kWh, equivalent to 40% of the world's energy consumption. Times. It is precisely because of these unique advantages of solar energy that after the 1980s, the types of solar cells continued to increase, the scope of application became wider, and the market scale gradually expanded.

By 2003, Japan's PV module production accounted for 50% of the world's total, and four of the world's top 10 manufacturers were in Japan. The German New Renewable Energy Law stipulates the on-grid price of photovoltaic power generation, which greatly promotes the development of the photovoltaic market and industry, making Germany the fastest growing country in the world after Japan. Switzerland, France, Italy, Spain, Finland and other countries have also developed photovoltaic development plans, and invested heavily in technology development and accelerated industrialization.